There is a recognizable value in democratic societies in having mechanisms by which the public can come together to discuss the issues of the day, to identify problems, and propose solutions. Historically, the news media – print, radio, and television – has provided the spaces where competing narratives are publicly debated. Today, technology companies are the dominant curators of information and their engineering of a public sphere is significantly different than that of news media enterprises, even news media organizations who are beholden to state or corporate interests.

Can Google render unpopular perspectives invisible? How are relationships between powerful actors, governments, and corporations shaping what “we” see or don’t see online? The cultural, economic, political, and moral pressures that prevent these companies from taking these actions are not inscribed in global law or limited by technology. Around the world, we see a variety of cases where political actors actively manipulate technology for their own gain, through censorship, disinformation, and authoritarian control. Even in the United States, where free speech theoretically reigns, the government is increasingly pressuring technology companies to algorithmically identify terrorists, for example, and provide backdoors for their manipulation.

This project sought to map how the public sphere is currently understood, controlled, and manipulated in order to spark a richer conversation about what interventions should be considered to support the ideal of an informed and engaged citizenry. In addition, this project mapped existing concerns and research already underway in this field and enlisted the advice and aid of a group of scholars who were engaged in this area.

Algorithms and Publics began with a set of case studies that explored how algorithmic media is shaping the public sphere across a variety of dimensions, including the changing role of the journalism industry, the use of algorithms for censorship or international compliance, how algorithms are functioning within foreign policy aims, digital gerrymandering, the spread of misinformation, and more. Download Case Studies here.

Finally, two white papers were published online as part of this project. The first is an historical take on the role media has played within democracy. The second white paper presents issues emerging in the era of algorithms, and highlights existing concerns and tensions about the changing media ecosystem and its effect on democratic and public life.

The Algorithms and Publics project was supported by Open Society Foundations and the John D. and Catherine T. MacArthur Foundation.

Who Controls the Public Sphere in an Era of Algorithms? Questions and Assumptions

Who Controls the Public Sphere in an Era of Algorithms: Case Studies

How do you deal with a problem like “fake news?”

Why America is Self-Segregating

Are There Limits to Online Free Speech?

What’s Propaganda Got To Do With It?

No More Magic Algorithms: Cultural Policy in an Era of Discoverability

Facebook Trending: It’s made of people!! (but we should have already known that)

Ben Franklin, the Post Office and the Digital Public Sphere

Should Artificial Intelligence Be Used to Moderate Online Content?

Facebook, a News Giant That Would Rather Show Us Baby Pictures

The Facebook “trending” controversy is really about the perception of objectivity, argue commentators. 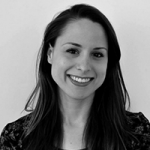 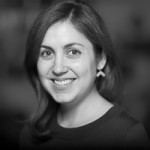 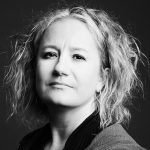 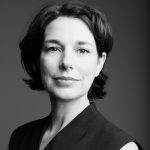