Online media manipulators often use specific techniques to hide the source of the false and problematic information they circulate. Joan Donovan and Brian Friedberg label this strategy “source hacking.” Typically used during breaking news events, source hacking targets journalists and other influential public figures to pick up falsehoods and unknowingly amplify them to the public.

These strategies are often used simultaneously, and make it difficult to find proof of coordination. While each technique is effective on its own, their ultimate value comes from “buy-in from audiences, influencers, and journalists alike.”

Donovan and Friedberg offer suggestions for those looking to identify media manipulation campaigns or respond to breaking news: They encourage journalists to seek corroborating evidence when information is received via a social media account, and to always identify the account holder.

Newsrooms, they suggest, should grow their information security capabilities by instating a specific desk that focuses on evidence and metadata verification. Lastly, they urge platform companies to label known manipulation campaigns and enable better access to account metadata. 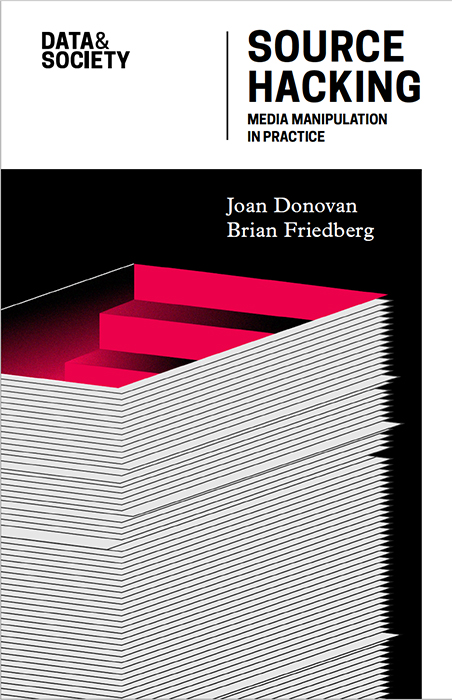 "If manipulators are able to hide the source of the slogan and create sufficient social media circulation, mainstream media sources may even provide further amplification.”