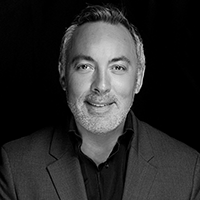 Andrew Rasiej is a civic and social entrepreneur, technology strategist, and Founder of Personal Democracy Media focusing on the intersection of technology, politics, and government. He recently founded Civic Hall, a 18,000 square foot community center and event space for civic innovation in the Flatiron District of New York City. He is the Chairman of the NY Tech Meetup, a 50,000+-member organization of technologists, venture funders, marketers, representing start up and more mature companies using technology to transform themselves, New York City, and the world. He is the Founder of MOUSE.org which focuses on 21st century public education. He is also Senior Technology Advisor to the Sunlight Foundation a Washington DC organization using technology to make government more transparent. Andrew lives and works in New York City, and can be followed on twitter at @rasiej.