Study shows importance of internet connectivity, mobile devices to the privacy and mental health of Syrian refugees in Greece.

Data & Society and the Harvard Humanitarian Initiative’s “Refugee Connectivity: A Survey of Mobile Phones, Mental Health, and Privacy at a Syrian Refugee Camp in Greece” provides new evidence of the critical role internet connectivity and mobile devices play in the lives and wellbeing of this population. Findings are based on a survey of 135 adults amongst the 750 residents at Ritsona Refugee Camp in Greece.

The report is the result of 2017 field research by Data & Society, the Harvard Humanitarian Initiative’s (HHI) Signal Program on Human Security and Technology, and Centre for Innovation at Leiden University. Lead authors of the report are Mark Latonero, Ph.D. of Data & Society, Danielle Poole of HHI/Signal and the Harvard School of Public Health, and Jos Berens, formerly of Leiden University.

Key findings of the study include the following: 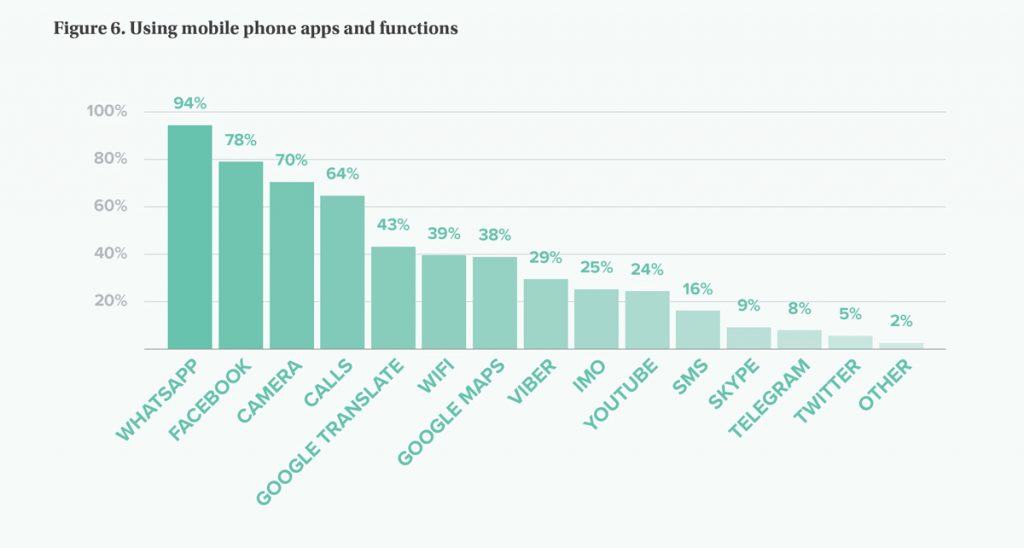 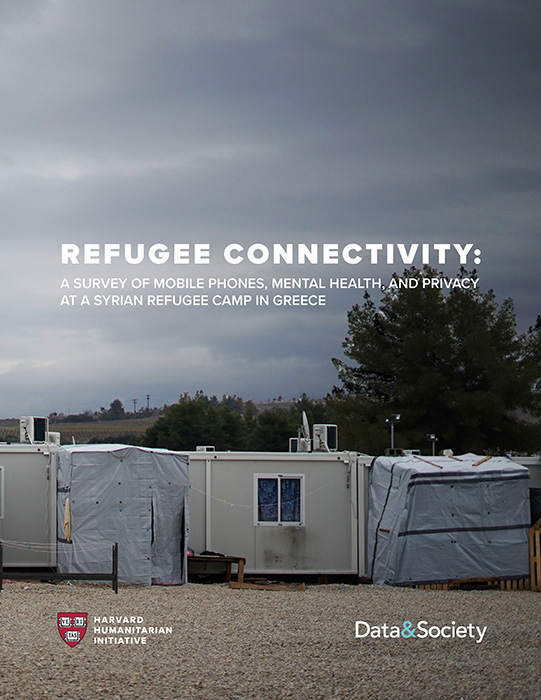 “All actors in this digital ecosystem should be attuned to refugee privacy, both from a regulatory and ethical perspective.”

This report is published by the Signal Program at the Harvard Humanitarian Initiative and the Data & Society Research Institute. This research is a result of a survey design that simultaneously employed two distinct methodologies. Danielle Poole created and led the survey methodology and investigation of mobile connectivity and mental health. Mark Latonero led the investigation of mobile connectivity and privacy.