The Media Manipulation Initiative (MMI) examines how different groups use the participatory culture of the internet to turn the strengths of a free society into vulnerabilities, ultimately threatening expressive freedoms and civil rights. Efforts to exploit technical, social, economic, and institutional configurations of media can catalyze social change, sow dissent, and challenge the stability of social institutions. Broadly, this initiative takes a sociotechnical approach to understanding the social, political, and economic incentives to game information systems, websites, platforms, and search engines—especially in cases where the attackers intend to destabilize democratic, social, and economic institutions. Through empirical research, we identify the unintended consequences of socio-technical systems and track attempts to locate and address threats, with an eye towards increasing organizational capacity across fields, so that action can be taken as problems emerge.

From social movements, to political parties, governments, dissidents, and corporations, many groups engage in active efforts to shape media narratives. Media manipulation tactics include: planting and/or amplifying misinformation and disinformation using humans (troll armies, doxxing, and bounties) or digital tools (bots); targeting journalists or public figures for social engineering (psychological manipulation); gaming trending and ranking algorithms, and coordinating action across multiple user accounts to force topics, keywords, or questions into the public conversation. Because the internet is a tool, a tactic, and a territory – integral to challenging the relations of power– studying the new vulnerabilities of networked media is fundamental to the future of democracies. 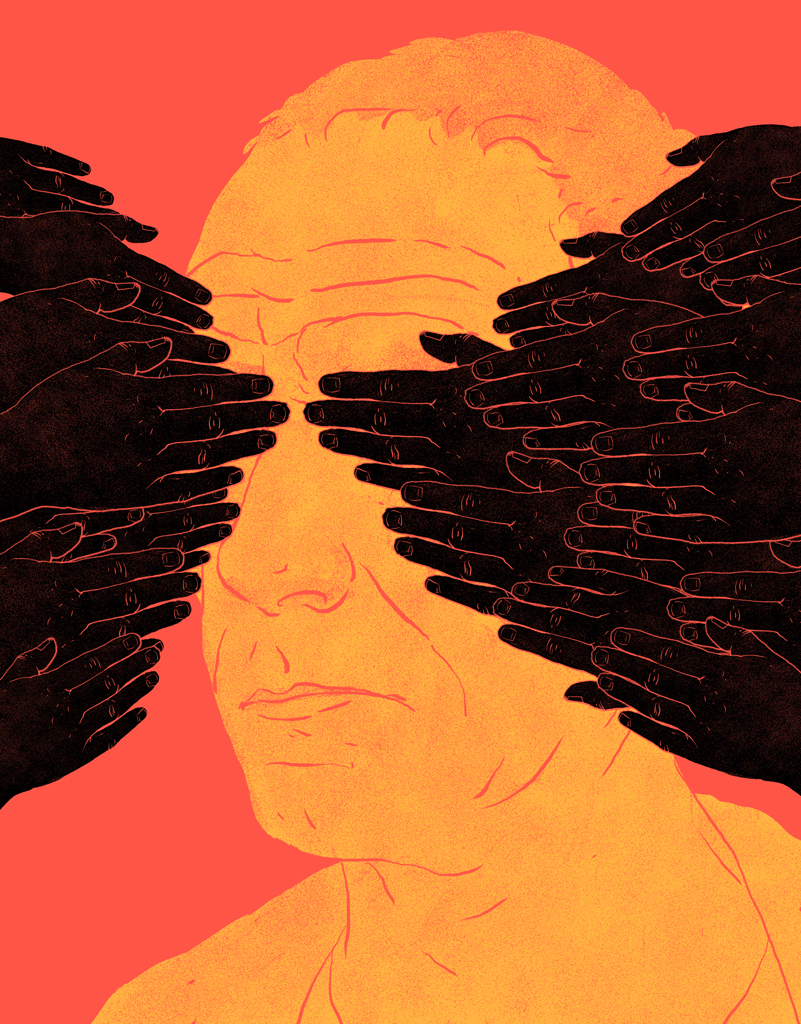 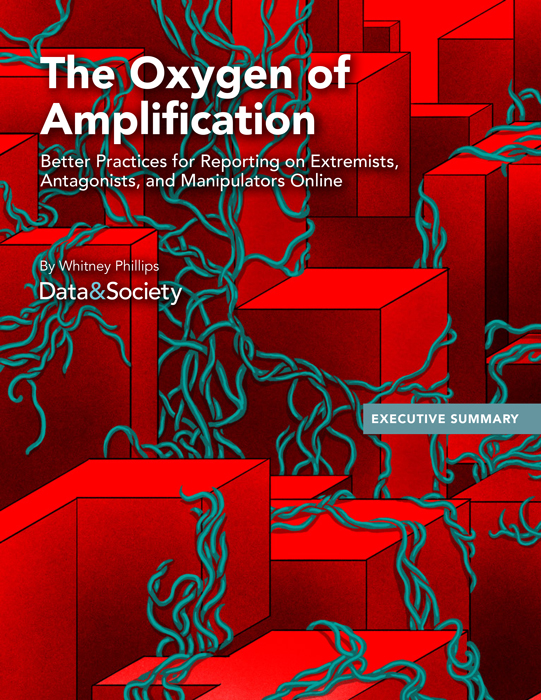 The Oxygen of Amplification

The Oxygen of Amplification draws on in-depth interviews by scholar Whitney Phillips to showcase how news media was hijacked from 2016-2018 to amplify the messages of hate groups. Offering extremely candid comments from mainstream journalists, the report provides a snapshot of an industry caught between the pressure to deliver page views, the impulse to cover Continue... 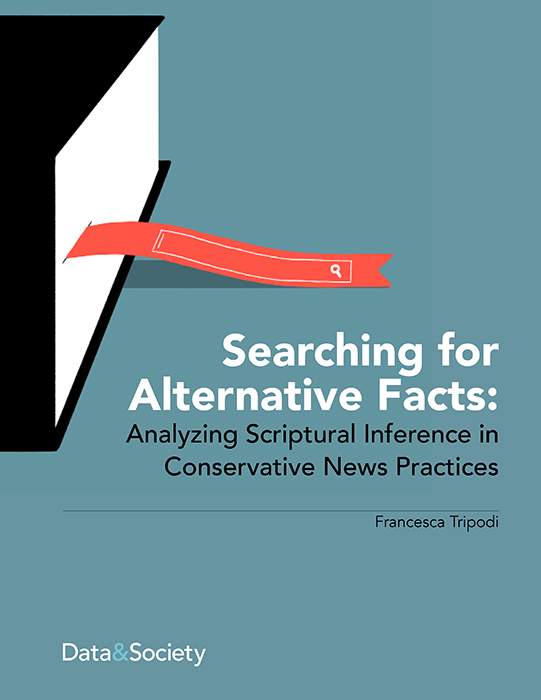 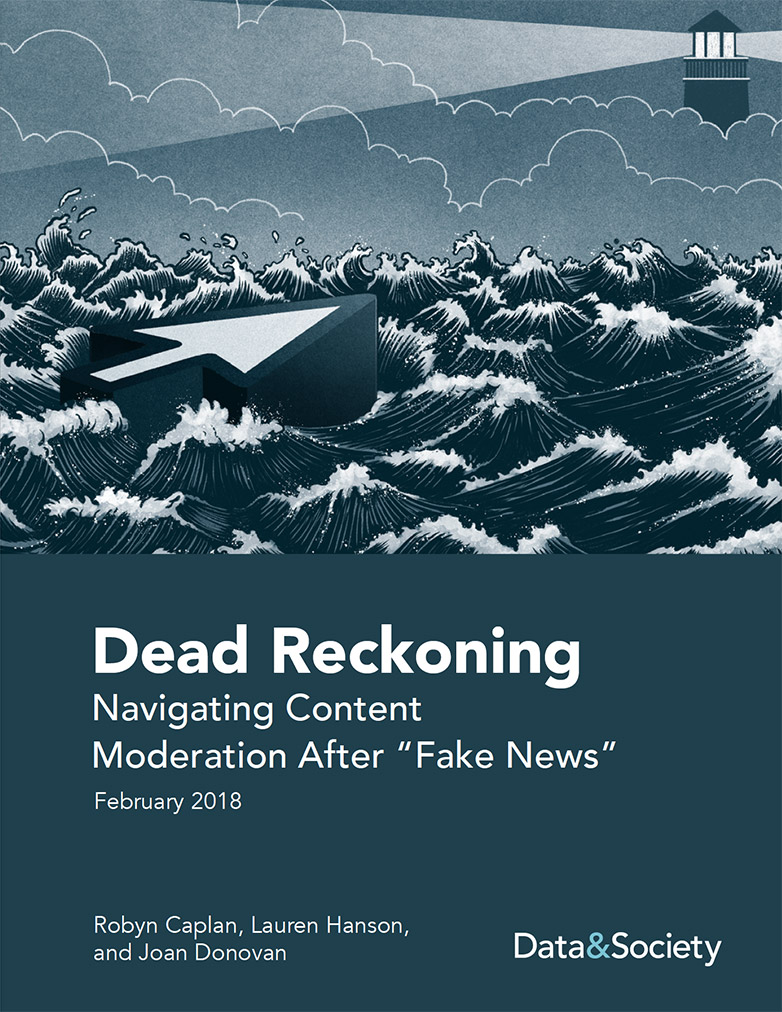 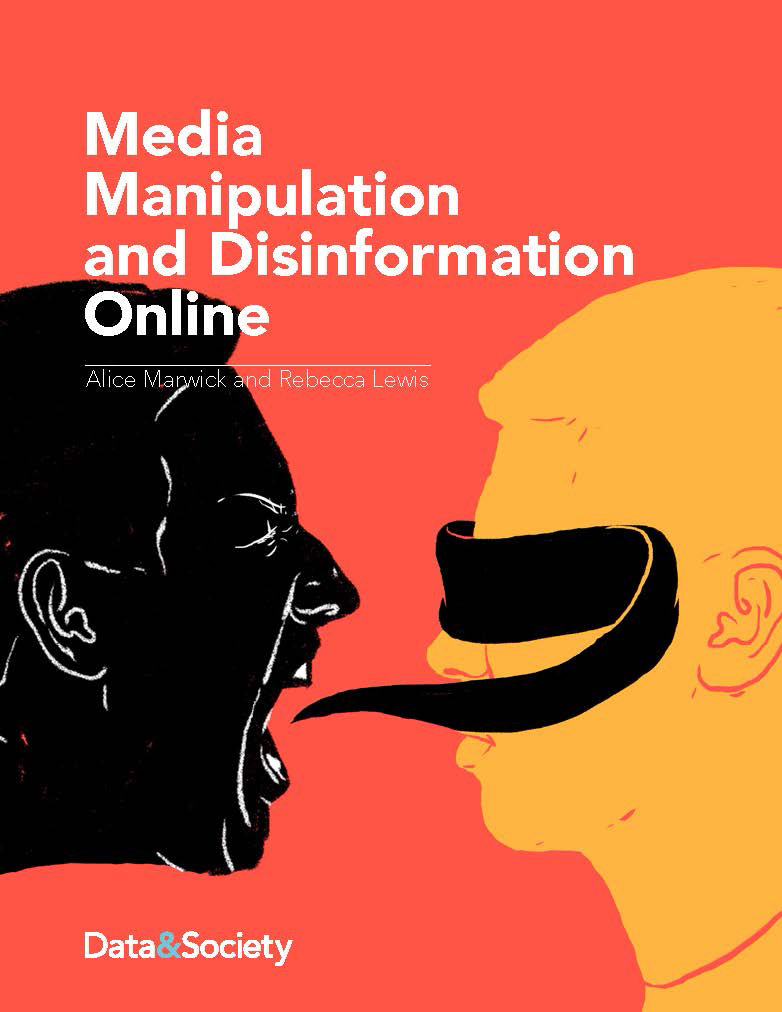 Deepfakes and Cheap Fakes traces decades of AV manipulation to demonstrate how evolving technologies aid consolidations of power in society.

Source Hacking details the techniques used by media manipulators to target journalists and other influential public figures to pick up falsehoods and unknowingly amplify them to the public.

Weaponizing the Digital Influence Machine: The Political Perils of Online Ad Tech identifies the technologies, conditions, and tactics that enable today’s digital advertising infrastructure to be weaponized by political...

The Oxygen of Amplification

The Oxygen of Amplification draws on in-depth interviews by scholar Whitney Phillips to showcase how news media was hijacked from 2016-2018 to amplify the messages of hate groups. Offering...

Algorithmic Accountability examines the process of assigning responsibility for harm when algorithmic decision-making results in discriminatory and inequitable outcomes. The primer–originally prepared for the Progressive Congressional Caucus’ Tech Algorithm...

The Promises, Challenges, and Futures of Media Literacy

This report responds to the “fake news” problem by evaluating the successes and failures of recent media literacy efforts while pointing towards next steps for educators, legislators, technologists, and...

The deeper danger of deepfakes: Worry less about politicians and more about powerless people

What Mark Zuckerberg doesn’t get: Facebook is amplifying hate by letting conspiracy theorists sell their wares

Grappling with the Weirdness of Advertising

How Trump Voters Decide Who to Trust

The Case for Quarantining Extremist Ideas

Read on The Guardian 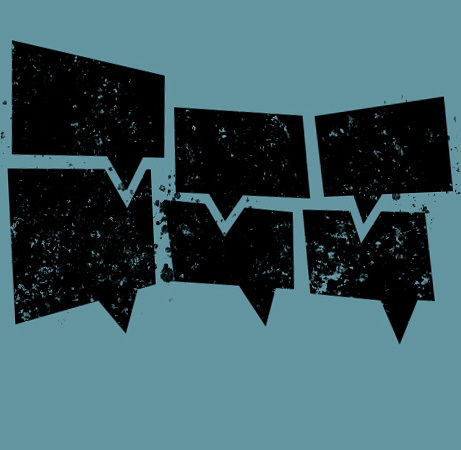 Dispatches from the Field

Dispatches from the Field is a blog by the Media Manipulation Initiative. Each week we will highlight emerging and ongoing research, review of conferences and events, and feature guest collaborators.

Past and Current Team Bios

Joan Donovan (PhD, University of California San Diego) was the Media Manipulation Research Lead at Data and Society Research Institute from July 2017-December 2018, where she researched how the internet became a political tool. Currently, she is the Director of the Technology and Social Change Research Project at the Shorenstein Center on Media, Politics and Public Policy at Harvard Kennedy School. She received her PhD in Sociology and Science Studies at University of California San Diego, where she studied activist communication networks. After UCSD, she went to UCLA for a Post-Doc at the Institute for Society and Genetics, where she studied white nationalists use of science and DNA ancestry tests in the search for racial purity.

Alice E. Marwick (PhD, New York University) is an Assistant Professor in the Department of Communication at the University of North Carolina at Chapel Hill, where she researches the social, political, and cultural implications of popular social media technologies. She is currently interested in the role of gender in far-right radicalization and its links to online harassment and digital inequality. Her current book project examines how the networked nature of online privacy disproportionately impacts marginalized individuals in terms of gender, race, and socio-economic status. She is the author of the flagship report Media Manipulation and Disinformation Online (with Becca Lewis, 2017); Status Update: Celebrity, Publicity and Self-Branding in the Social Media Age (Yale 2013); and co-editor of The Sage Handbook of Social Media (2017).

Becca Lewis researches online political subcultures and grassroots media movements, with a focus on influence-building, media manipulation, and disinformation efforts among these groups. She holds an MSc in Social Science from the Oxford Internet Institute, where she researched the role of information and digital media technologies in political campaigns.

Caroline Jack (PhD, Cornell University) is a media historian and theorist whose research focuses on mediated persuasion and propaganda. In her role as Postdoctoral Scholar at Data & Society, she investigates how formal and informal groups create, narrate, and deploy mass and interactive media communications campaigns to rationalize and sustain their desired economic and social configurations. She uses archival and textual-analytical methods, drawing theoretical orientation from the historiography of media and technology. Her projects include mass media campaign production histories and present-focused case studies of the institutions and infrastructures that scaffold persuasive campaigns.

Francesca Tripodi is a sociologist interested in the interaction between participatory media and community identity. Using ethnographic methods, she developed an analytical framework for understanding the ways in which communities use participatory media to perpetuate systems of inequality. Francesca’s goal is to utilize this framework for understanding how this applies to other platforms and community environments.

Mark Ackerman studies how online work – both interaction work and labor work – gets done to cause political effects and causes disruptions to the platforms’ AIs.

Matt Goerzen studies anonymous online communities, with particular reference to the ways they facilitate group identification and seek to influence both normative and regulatory systems through trolling, memetics, and mainstream media antagonism. He hopes to enhance understandings of: how far right political groups relate to these anonymous communities; the mechanisms they use to radicalize and mobilize their participants; the role of technical anonymity in subject formation at both individual and collective levels; and the attraction of memetic episteme. Ultimately, he is interested in how these tools and strategies can be used for productive social engagement, and what rubrics may be useful to measure that productivity.

Robyn Caplan is a media and information policy scholar studying how media policy is interacting with data governance. She uses theories from science and technology studies and neo-institutional theory to examine how values and goals are transported through technologies like algorithms and data schemas into the logic of organizations (and vice versa). Most recently, she applies this work to media policy and the analysis of news media content classification guidelines being proposed by search engines and social media, as well as media industry groups, and civil society organizations, in the fight against disinformation and ‘fake news.’

Whitney Phillips is a digital media folklorist who has spent a decade exploring trolling, hate and misogyny online, online ethics, and folkloric ambivalence across media. She is the author of two books: This Is Why We Can’t Have Nice Things: Mapping the Relationship between Online Trolling and Mainstream Culture, an ethnography of early trolling subculture, and The Ambivalent Internet: Mischief, Oddity, and Antagonism Online, which applies a folkloric lens to online participation. She is currently working on an ethnographic research project focused on emerging journalism practices, and in future work will continue investigating the ambivalent relationship between individuals and the folkloric collectives they navigate.

Jeanna Neefe Matthews is a computer science professor at Clarkson University and a Fellow at Data and Society for 2017-18. She has done a wide variety of work in computer systems including virtualization and cloud security. She is also the co-chair of the US-ACM subcommittee on algorithmic transparency and accountability.

Rishab Nithyanand is a Ford-Mozilla Open Web Fellow at Data & Society. His interests lie in quantitatively analyzing how political opinion manipulation occurs and how political discourse has evolved on online social platforms.

Pete Krafft studies the structure and dissemination of information, misinformation, and disinformation. His research combines modeling, laboratory experimentation, and observational data analysis. A project he is involved with at Data & Society in this vein investigates rumors that were propagating during and immediately after the 2017 Charlottesville Unite the Right rally.

Lauren Hanson is a research analyst with experience using social science techniques to study the ways that media and social media ecosystems support social change. Currently, she is studying the ways the algorithms and data affect media platforms and accountability to social values. She aspires to more thoroughly understand governance issues around algorithms and how information helps individuals make decisions.

Patrick Davison is a doctoral candidate at NYU. His dissertation research is about the long history of American social media. Before becoming an academic, he spent his time doing independent research about internet memes.

Leon Yin is a data scientist and research engineer at NYU's Social Media and Political Participation Lab and the Center for Data Science. He builds data pipelines, and tunes machine learning algorithms to study media manipulation.

Kinjal Dave is a Research Analyst at Data & Society supporting the Media Manipulation team and institute-wide copyediting for research outputs. She is committed to understanding the ongoing influence of white supremacy and racial inequality in various U.S. American systems. Her current interests lie at the intersection of transnational feminist epistemology and the rhetoric of whiteness. Previously, her research at Data & Society focused on the influence of data on educational inequity in school choice systems. She holds a BA in Philosophy and Political Science from Villanova University.